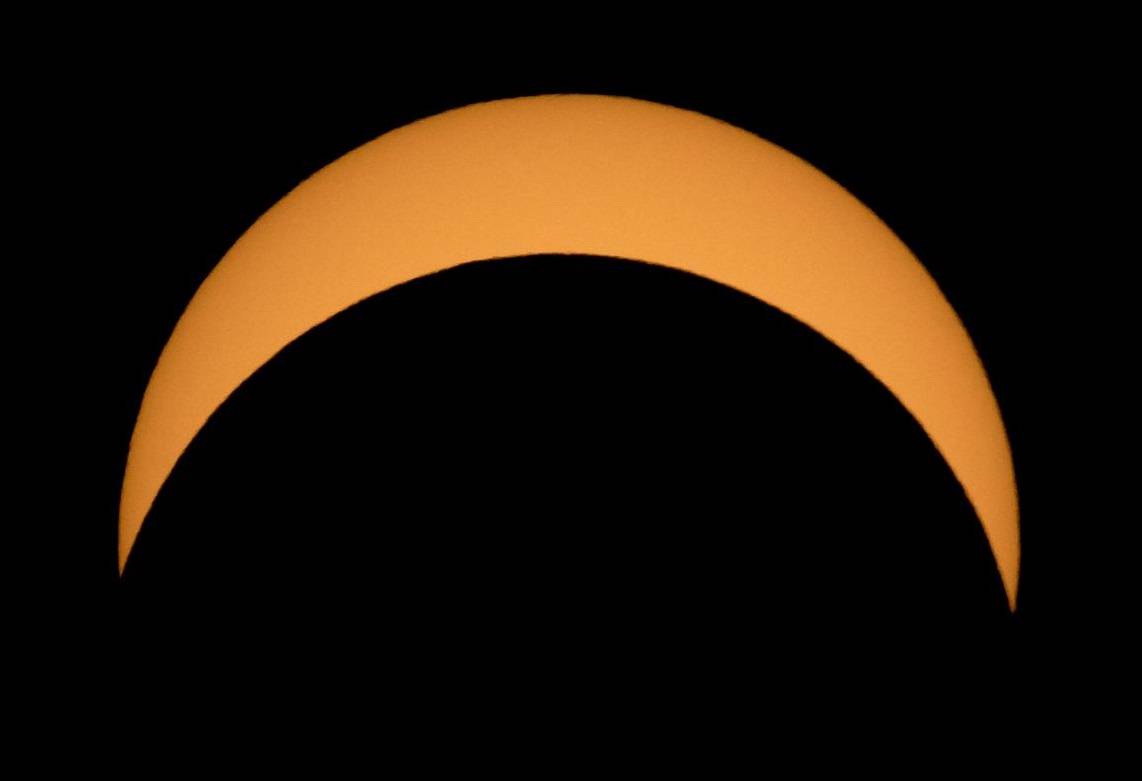 Solar eclipses are one of the most awe-inspiring celestial events that can be observed from Earth. These occur when the Moon passes between the Sun and the Earth, casting a shadow on our planet and blocking out some or all of the sunlight. Let’s understand how the eclipse happen and when is next solar eclipse in 2023 and later.

The different types of solar eclipse

There are four main types of solar eclipses: total, partial, annular, and hybrid. They each have their own unique characteristics and offer different viewing experiences that everyone should experience at least once in a lifetime.

A total eclipse is the most dramatic type of solar eclipse. This occurs when the Moon is at just the right distance from the Earth in its orbit, and its apparent size is exactly the same as the Sun. As a result, the Moon completely covers the Sun, blocking all direct sunlight and casting a shadow on the Earth. This shadow is called the umbra, and it moves across the Earth’s surface at a speed of about 1,500 miles per hour. Observers within the umbra will experience complete darkness, and can see the Sun’s corona, a beautiful halo of light that surrounds the Sun.

An annular eclipse occurs when the Moon is farther away from the Earth in its orbit, and as a result, it appears smaller than the Sun. This results in a ring of sunlight visible around the Moon, hence the name “annular” which means “ring-shaped” in Latin. Observers within the annular eclipse zone will see the Moon pass in front of the Sun, but the Sun will remain visible around the edges of the Moon.

A hybrid eclipse is a rare type of eclipse that changes between an annular and a total eclipse during its progression. This occurs when the Moon is at the farthest point in its orbit from the Earth, and it appears smaller than the Sun. As the Moon moves in front of the Sun, it first causes an annular eclipse, but as the Moon moves closer to the Earth, it becomes large enough to cause a total eclipse.

The stages of a solar eclipse

A total solar eclipse has several stages, which occur in a specific order as the Moon moves in front of the Sun.

The total solar eclipse stages are:

It is important to note that not all total solar eclipses are visible from every location, and that the duration of the total eclipse phase (when the Moon completely covers the Sun) can vary, from a few seconds to over 7 minutes.

When is next solar eclipse?

Want to know when is next solar eclipse? The table hereafter gives you the list of all solar eclipses between 2023 and 2026.

The most important safety tip for viewing a solar eclipse is to never look directly at the Sun, even during an eclipse. The Sun’s rays can cause permanent damage to the retina, which can lead to blindness. To safely view an eclipse, you will need special eclipse glasses or a solar filter for your telescope or binoculars. These filters are designed to block out 99.99% of the Sun’s harmful rays.

Even if you’re only viewing a partial or annular eclipse, or just the partial phases of a total eclipse, the Sun will still be extremely bright. If you’re watching an entire eclipse, you may be exposed to direct sunlight for several hours. To protect your skin from damage, be sure to wear sunscreen, a hat, and protective clothing.

Tip 3: Watch the eclipse projected on a screen

Once you know when is next solar eclipse, you can make a pinhole projector using two pieces of cardboard. One will be used as the screen, and the other one will have a small hole on it. The light will pass through the hole, and an inverted image of the eclipse will be projected onto the screen. This option is 100% safe for your eyes.

Tip 4: Be aware of your surroundings

It’s important to be aware of your surroundings during an eclipse, as the sudden darkness can cause disorientation and accidents. If you’re driving, be sure to pull over in a safe location to view the eclipse, and never stop on a highway or busy road.

Tip 5: Use solar filters on your camera

If you are planning to photograph the eclipse, be sure to use a proper solar filter on your camera lens to protect both the camera and your eyes.

Additional resources about when is next solar eclipse:

How fast Earth moves around the Sun

How Far Is Moon From The Sun?

13 Tips for Choosing the Right Binoculars for Bird Watching